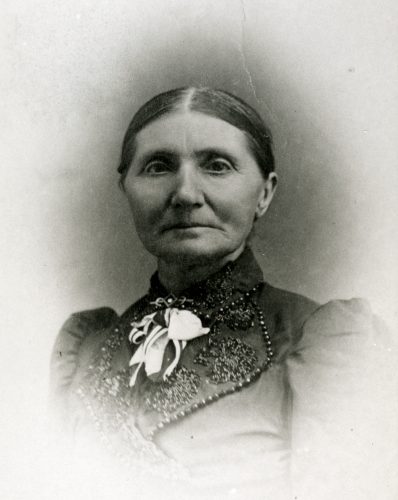 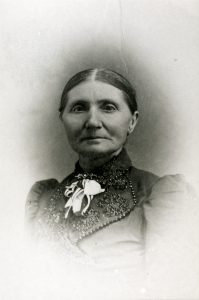 Because of her sunny disposition, Mary was a favorite of her uncle, who invited her to spend summers on his farm herding geese, ducks, and sometimes pigs. In the winter months, she learned to read and write at school. As soon as Mary reached her teens, she began cooking and cleaning for other families to earn money.

When Mary was 18 years old, her parents asked her to marry wealthy Lars Jacobsen, who held a mortgage on their home. They were heavily in debt. Mary was a beauty, and Lars said he would release the mortgage if Mary would marry him. She agreed. They had three children.

Mary and Lars were destitute within a few years because Lars squandered their money. Mary was relieved when Mormon missionaries came into her life. She was baptized in 1857. When Mary suggested to Lars they sell their house and go to Utah, he agreed, but squandered that money, too.

Without Lars, Mary and son Joseph set sail for America on the ship John J. Boyd on April 30, 1863. (Mary’s other son Jacob joined her in Utah later.)
Two years after her arrival in Brigham City, Mary became the third wife of John Johnson on December 1, 1865. They had six children. Mary died August 16, 1920.