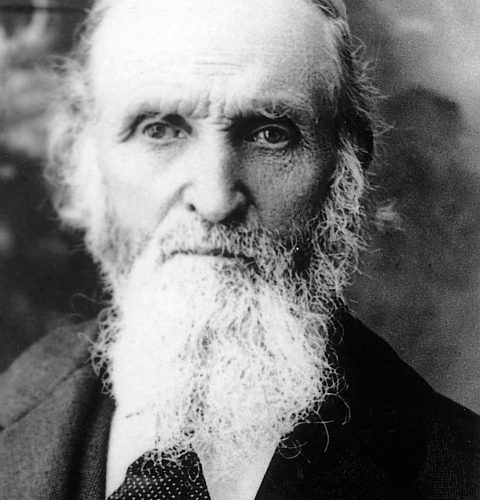 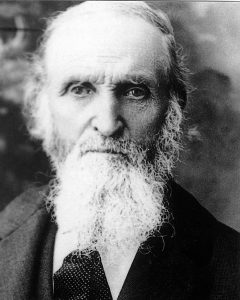 William Wrighton was born December 25, 1828 in Treadington, Worcester County, England, to John and Elizabeth Mallet Wrighton. William left England for America in 1850 after joining the Mormon Church. He was accompanied by his wife Hannah Louise Jones. The couple had six children over the years.

William and Hannah arrived in Salt Lake City in 1853 and remained there until the spring of 1855 when they moved to Brigham City at the request of religious leader Brigham Young.

In the fall of the same year, William returned to Salt Lake City and purchased 100 peach stones for one dollar and brought them back to Brigham City. He let the stones freeze over the winter, then planted them in the spring. When the trees were one year old, William replanted them16 feet apart, and they thrived under his care. He was the first man in the area to produce peaches. It was the beginning of the peach industry in the city.
William was also involved in many community projects. When a two-story, brick Tithing Office was under construction, William and James Pett were the carpenters.

In 1904, Peach Days was initiated to celebrate the city’s success growing some of the best peaches in the United States. William participated in the annual event until his death on September 21, 1916.