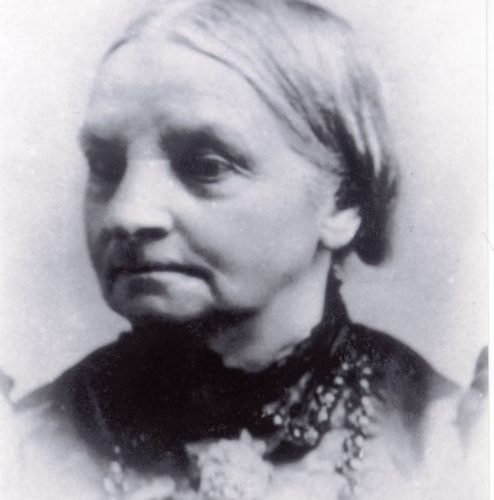 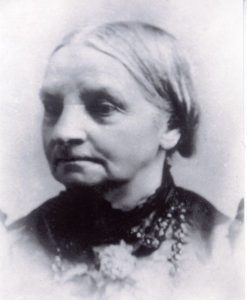 Hannah Jones Wrighton was born August 5, 1821, in Hanley, England, to William and Melina Phillips Jones. Hannah’s father died when she was little leaving her mother with six children. Because she was the oldest daughter and wanted to help with the finances, Hannah went to work for a doctor as a housekeeper and a cook.

Occasionally Hannah assisted the doctor in his office. When a young carpenter’s apprentice named William Wrighton was treated for a hand injury, it was Hannah who held the basin of hot water for the doctor. Even after the wound healed, William continued to visit the doctor because the “pretty office girl with her black eyes and long black curls had stolen his heart.” The couple married on August 18, 1850.

Since Hannah and William were both members of the Church of Jesus Christ – Hannah converted William – they decided to emigrate to Utah. They settled in Brigham City in 1857. The couple had three sons and three daughters. All three sons passed away before their parents – one died at birth, another drowned in the Bear River while constructing a bridge, and the third was stricken with typhoid fever shortly after returning from a mission.

William and Hannah were sweethearts all their lives. William gave Hannah the first rose that bloomed in his garden in the spring and the last bud in the fall. Hannah passed away on January 20, 1905.