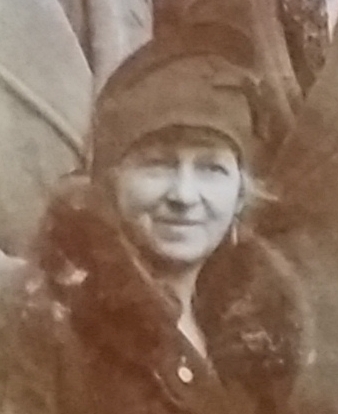 Utah’s first certified woman dentist was Rose Ellen Bywater, a Brigham City native. Educated in the local school system, she immediately began teaching school at Honeyville, then attended the University of Utah, and returned to teach at the Emerson (Third Ward) School.
Dr. Lawrence H. Berg offered her a job as his assistant in 1898, where she started out as a bookkeeper. Often called upon to assist with patients, she gradually learned about anesthetics and dental work. She accompanied the doctor to yearly dental conferences held in Salt Lake City, where she received “a burning desire” to study dental magazines and medical books, and to keep abreast of the profession.1Rose Ellen Bywater Valentine, Memoirs of Rose Ellen Bywater Valentine, edited by Dale M. Valentine, 1962, 17.

Dr. Berg, who sometimes took in dental graduates as assistants, was pleased with her progress, and noted, “I shall not be satisfied until you have ‘doctor’ attached to your name.” The state of Utah had decided in 1894 that those practicing dentistry in their own names could be licensed without taking an examination, but that students and assistants would have to pass an examination to be licensed.

Carrying out a promise made to Dr. Berg, I did take the examination — this being the last one which apprentices were allowed to take — and in due time after many delays and disappointments I was granted a Utah State Dental certificate dated January 14, 1903.2Memoirs of Rose Ellen Bywater Valentine, 18.

Dr. Berg immediately made her business cards reading: “Dr. Ella Bywater (Ellen), Dentist, Brigham City, Utah.” That summer she took over Dr. A. W. Ensign’s office while he completed a course, then continued with Dr. Berg, taking over his practice for extensive periods as he took vacations, as well as building a following of her own.

In August 1905 she married Hyrum Valentine. They were called to the Swiss-Germany LDS Mission in 1911, returning in 1917 due to declaration of war. She went back into dentistry locally, until they were called to serve a European mission from 1926-29. Upon their return they settled in Salt Lake City, where she opened a dental practice.3Memoirs of Rose Ellen Bywater Valentine, 57.