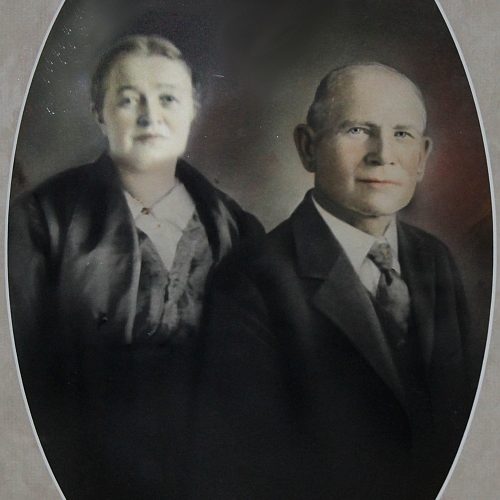 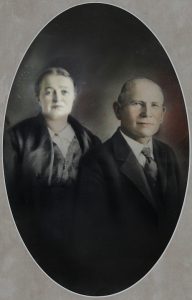 Peter Christian Christensen was born May 18, 1854, in the farming district of Bedsted in Denmark to Jens and Else Jensen Christensen.

When Peter was 12 years old, his family decided to emigrate to Utah after accepting the gospel preached by Mormon missionaries. They traveled to Hamberg, Germany, then boarded the ship Kenilworth, which would take them to America.

The family crossed the plains in wagons pulled by oxen and arrived in Brigham City, Utah, on October 3, 1866. Before retiring for the night, they received a bushel of peaches as a welcome from Mormon Bishop Alvin Nichols.

During the construction of the first transcontinental railroad, Peter and his father worked on the grade between Corinne and Promontory. Peter also hauled water from the Bear River to the railroad camps. In addition, he worked at saw, shingle, molasses, and flour mills as well as at the Co-op Dairy in Collinston. While at the flour mill, Peter fell in love with Marie Rasmussen, and they were married on April 7, 1881.

Peter eventually went into business for himself and became a successful farmer and stockman.