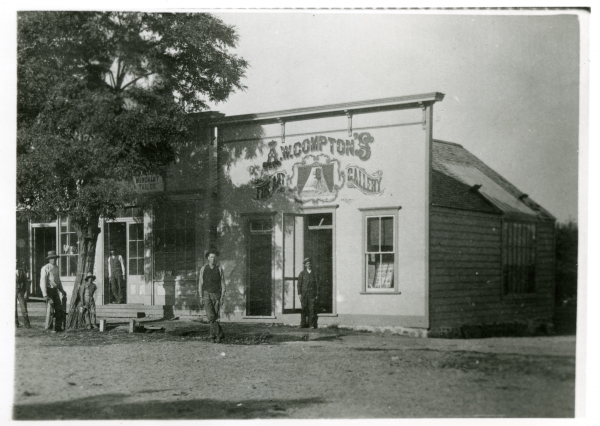 The 1880s saw the birth of Compton’s Photography, which gave Brigham City a “picture album” of its history, chronicled in photographs by three generations of Comptons, from 1883 until its landmark brick building on the southwest corner of Main Street and First South was torn down in 1998 to make way for a bank.

It all began with Alma W. Compton, who, in October 1883, rented Jens Gasberg’s downtown photography gallery for six months. During this time, he purchased property on the west side of Main Street and contracted to build a studio, which he opened in June 1884.
The photography business soon outgrew the small quarters, plus Compton and his wife Jane had branched out into other items such as postcards, souvenirs, art and music supplies. He selected a prestigious corner location at First South and Main Street and contracted for a two-story brick studio with a north light window and skylight. Over 1,000 people gathered for the January 28, 1901, grand opening of the new business building, enjoying a party that included Christensen’s ten-piece orchestra hired to play for the occasion. 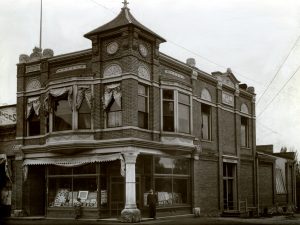 Business After The Co-op

As the Brigham City Mercantile and Manufacturing Association, known as the Co-op, gradually closed its business and manufacturing operations, they were sold to private owners, often to individuals who had originally...

Utah-Idaho Sugar Factory Brigham City’s second major industrial development came with the success of the sugar beet industry in Box Elder County, which took root in 1901 with the planting of beet seed in Fielding for...

The Co-op Store was good training for William Horsley, who served as manager until 1884, when he was called on a mission. In his absence his four sons started a business on a small scale on the east side of Main Street...