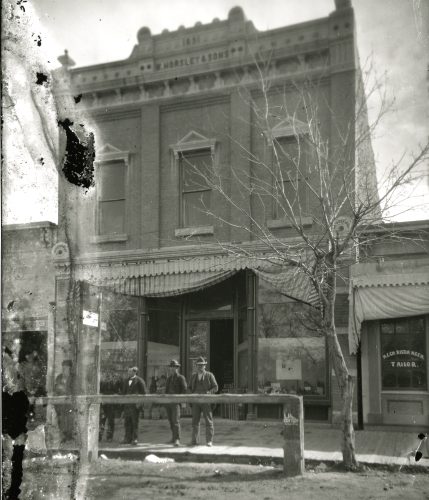 The Co-op Store was good training for William Horsley, who served as manager until 1884, when he was called on a mission. In his absence his four sons started a business on a small scale on the east side of Main Street between First and Second South, handling produce and groceries. Upon William’s return, the firm of William Horsley and Sons was organized in 1886. In addition to its retail business, Horsley and Sons shipped fruit, vegetables, veal, lamb, and poultry throughout Utah and surrounding states, later adding seed to this agricultural business. In August, 1891, they completed a new brick store, heated with steam, at 133 South Main Street, celebrating the opening with a ball on the ground floor.1Lydia Walker Forsgren, History of Box Elder County, (Brigham City: Daughters of Utah Pioneers, 1937), 93. Olive H. Kotter, “Brigham City to 1900,” Through the Years, (Brigham City: Brigham City Eighth Ward, 1953), 16. Horsley Seed and Horsley Dry Goods stores remained open up into the 1960s. 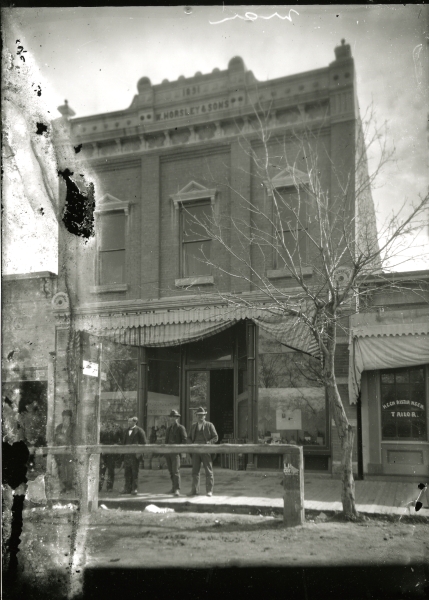