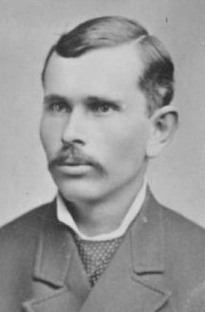 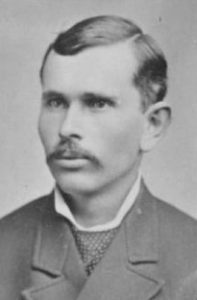 Probably because his mother ate only two slices of bread a day during a winter of famine, Willard Snow Hansen was described at birth as a “big, raw-boned baby.” Willard was born on April 19, 1856 in Brigham City to Christian and Elsebeth Eriksen. They were immigrants from Denmark.

At age 14, Willard was no longer frail, but he stuttered. To combat this problem, he and another boy organized a debating club. When Willard was not debating such subjects as “Which is the most useful – the dishrag or the broom?” he and his father were constructing a rock building for a dairy. The entire Hansen family was involved in the operation of the dairy with Willard eventually purchasing it and the grazing lands.

On May 3, 1875, Willard married Maria Larsen. Two years later he purchased an 80-acre homestead in Collinston and a year later an adjacent 80 acres where he built a home. When a post office was established in Collinston, Willard became its first postmaster. He also served in the State Legislature. Willard and his family lived in Brigham City during the winter months so the children could attend school. Willard entered into plural marriage on July 6, 1882, with Annie Marie Christensen, a milkmaid at his dairy. Willard closed his dairy in 1893 as he wanted to go into the sheep and dryland grain business.

A History of Willard Snow Hansen 1856-1927 – Ancestors and Descendants