Solomon Clarence (S.C.) Wixom was the youngest of Justin Chauncey and Ann Jackson Wixom’s three surviving children. Four others died in infancy. S.C. was born in Brigham City on ::April 22, 1875, and was described by family as “puny and sickly” until he was 2 years old.
S.C. began giving talks in Sunday School when he was 3 years old and was soon reciting poems and prose taught him by his mother at different events throughout the county. S.C. was in great demand for speaking engagements during his youth and sometimes was paid $.25 to $1.
At age 15, S.C. began working at the ::Brigham City Bugler newspaper in August 1890 as a “printer’s devil.” He became office foreman three years later. In 1899, the Bugler closed its doors. In 1900, S.C. purchased an interest in the Box Elder County News from Charles Pasco, which opened in April 1894. S.C. became its business manager, then assistant editor, and eventually editor. He was also a correspondent for The Salt Lake Tribune, Deseret News, and Ogden-Standard. S.C. retired in 1941 after 51 years in the newspaper business.
S.C. was also an accomplished musician. He sang in the Brigham City Tabernacle Choir for 25 years and played the trombone in the Brigham City Band. 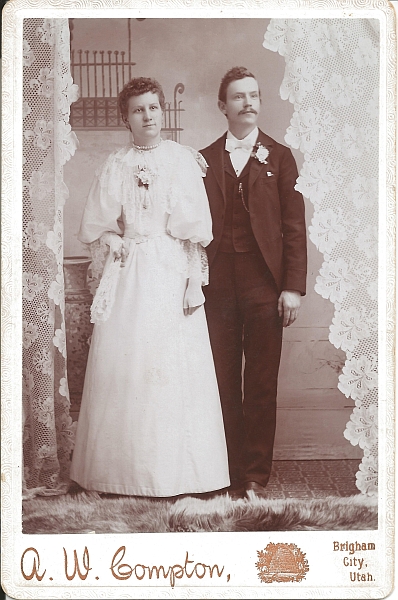