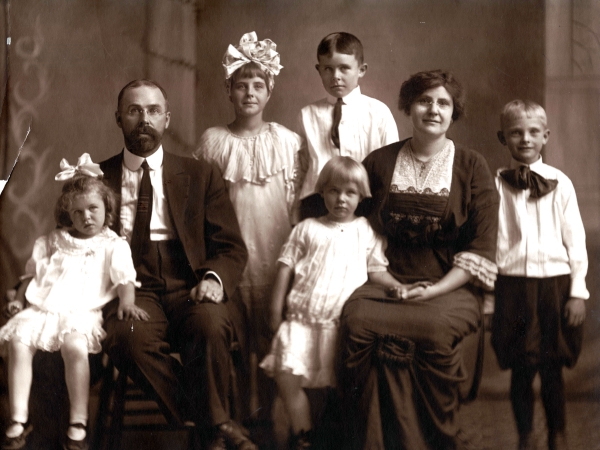 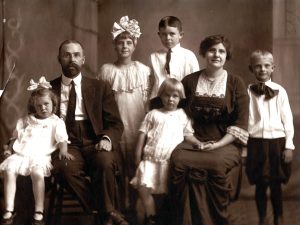 Medicine brought one of Brigham City’s legendary characters in the person of Dr. Richard Armstrong Pearse, who rented rooms for an office above Eddy’s Drug Store in 1902. He soon fell in love with a local girl, Venna Nichols, married her, and remained in the city to build a successful practice.

Obtaining ownership of the large two-story Nichols home on the corner of Second West and Forest Street, he moved his home and offices into that building. In 1906 he opened a small hospital at the south end of town, and in 1913 he and Dr. A. L. Brown opened a hospital in a home at Fourth West and First South.

Dr. Pearse was not just a small town doctor, but was well-known in the field of medicine for his identification of Tularemia, a disease often acquired by hunters. He reported in a professional paper that he had treated six cases, all involving hunters who had handled rabbits — three in August 1908 and three in August 1910. Several other cases had been treated by doctors in the locality.

At the annual meeting of the Utah State Medical association, Salt Lake City, Utah, Oct. 3-4, 1910, typical cases of human tularemia were described by Dr. R. A. Pearse of Brigham City, Utah. In this paper (Northwest Med., March, 1911) Dr. Pearse stated that he saw many of the patients and treated them successfully. He was recognized as a local authority on this type of infection . . . Any work on this subject would not be complete without a record of the effort made by Dr. R. A. Pearse while he was actively engaged in a scattered country practice over a large territory where he had meager laboratory facilities, no cooperation and it required his full time to learn a living.1W. Leroy Smith, M.D., “Early Work in Tularemia,” Journal of the American Medical Association, Vol 92, No 2, January 12, 1929.

After returning in 1914 from study in England that was interrupted by the outbreak of World War I, Dr. Pearse built a family home east of the Nichols house and converted the entire Nichols building into a hospital circa 1919-20, later adding a small office building for patient consultation. This hospital remained open up through the 1930s. One of the more memorable times in the hospital was the quarantine of Civil Conservation Corps (CCC) boys during a measles outbreak. The birth of the Christensen triplets was an occasion which excited the entire community.2Yates, Stitches in Time, 6.

Settling into a small town practice did not limit Dr. Pearse’s pursuit of knowledge, or change his colorful vocabulary, which he credited to his work as a company doctor in a mining town before arriving in Brigham City. It spilled over into his medical practice, friendships, and even into Sunday School classes, but was forgiven as almost an endearing quality.3Sarah Yates, interview with daughter Mary Pearse Owen, 1970s. In the mid-1920s an outbreak of spinal meningitis took several lives in the community, including that of Dr. Pearse’s eldest son. That was one of the few times friends recalled seeing Dr. Pearse totally defeated.

Dr. Pearse left each year for continuing study, both at US medical centers and abroad. He carried on research in a number of fields, and was honored posthumously for his co-discovery of the tularemia germ. Such medical personalities as Dr. Charles Mayo were entertained in his home.

Dr. Pearse was a man of wide interests. He had been a fine athlete, and offered his services as coach for the high school track team, erecting a track near his farm and sponsoring racing events. He was interested in farming and animal husbandry, bringing in prize bulls and heifers from England and raising spirited horses, occasionally getting into trouble for racing them on Forest Street. His return from annual sabbaticals always introduced the city to a new delicacy — such as oysters or caviar, which he would have brought in by train.4Yates, “Many were dedicated…” 9.