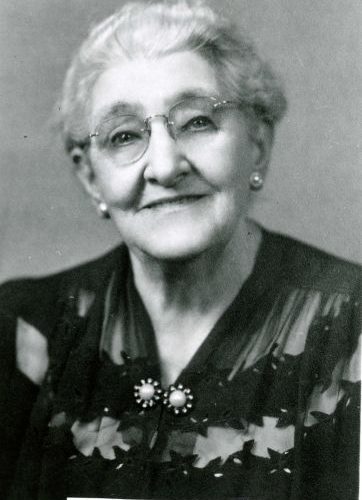 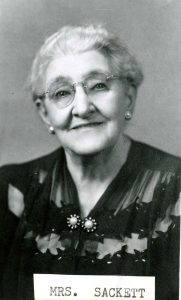 As a child, Laura was sent to the fields to gather sego lily roots for food. She also gathered wool from barb wire fences so her mother could make clothes for the family. In a few years, Laura became an accomplished seamstress and was taking in sewing, which included wedding dresses. She often embellished the clothing with embroidery. Her love of handiwork remained with her throughout her life.

When Laura was 20 years old, she married her sister’s husband, Samuel A. Sackett. The couple had eight children. Because Laura’s husband had another wife and an additional 16 children, he was often absent – sometimes hiding from the law because polygamy was illegal. Laura provided for her children as a washerwoman, midwife, seamstress, and housekeeper.

Laura was a housekeeper for religious leader Lorenzo Snow. On one occasion, she declined an invitation to eat with the Snow family thinking she was not good enough; however, President Snow insisted she join them. This kindness endeared President Snow to Laura the rest of her life. She passed away on December 8, 1957.