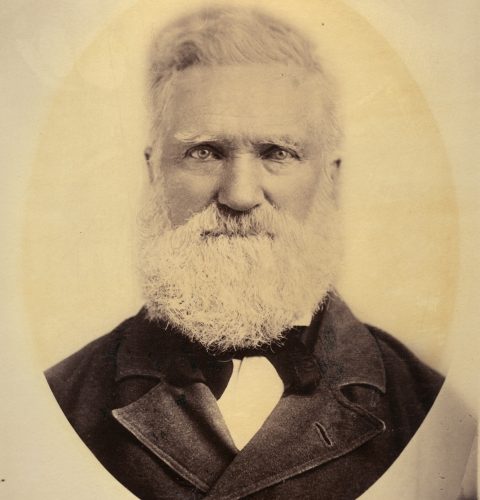 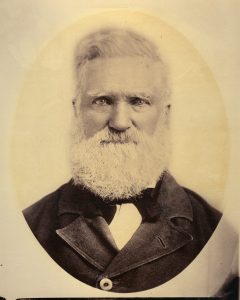 George F. Hamson, Sr. was a bodyguard for the Mormon Prophet Joseph Smith. After he was assassinated, George came to Utah with his wife Sarah Ann and their two sons. The family settled in Brigham City in the fall of 1851. A few months after their arrival, George F. Hamson, Jr. was born. He was the first white child born in the city.

To support his family, George designed and built machinery to make buttons. He learned this trade as a boy at his father’s large button factory in Philadelphia. In his spare time, George built roads into areas where townspeople could chop down pines to use as fence posts. Furthermore, George was involved in changing the course of Box Elder Creek and clearing the land north of the creek of rocks and trees.

George also grew wheat. He usually had a surplus because he would often lie in his fields and prevent neighbors’ cattle from destroying his crops. When some of his neighbors were experiencing hard times, he would sell wheat to them for $2 a bushel even though he could get $4 a bushel from strangers.

George was also talented musically. Whenever a dance was planned, George was asked to furnish the music on his violin. He also played for friends when they stopped by his home to visit.