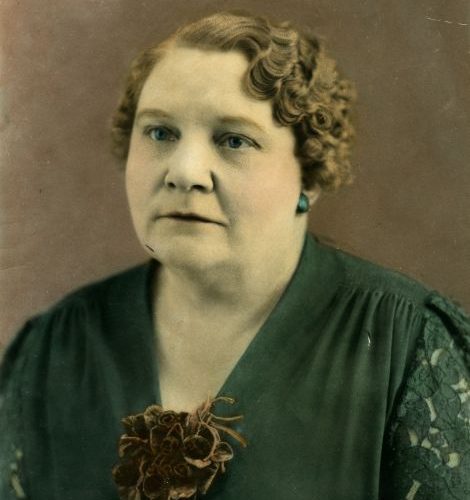 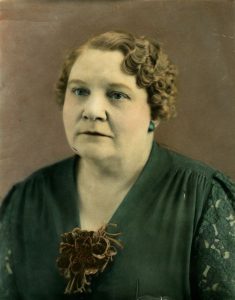 In 1913, the Olsen family moved to Brigham City. Ivy married Joseph “Joe” Elijah Fuller on August 21, 1916. Joe started the first taxi service in Box Elder County, wearing out 11 Ford automobiles. He primarily drove men who arrived by train from the East to the Millionaire Duck Club at the Bear River Bird Refuge.

In 1928, Ivy and Joe purchased two large lots on Seventh South and Main Street where Texaco Oil Company built a service station on the corner. The couple built a small store nearby where groceries were sold and light lunches were served. Ivy and Joe also built and rented 13 cabins as well as opened Fuller’s Tourist Court, the first in Brigham City. In addition, they opened a free campground for tourists traveling through the city. In 1931, the couple built a large home with a soda fountain and fruit stand in front for travelers.