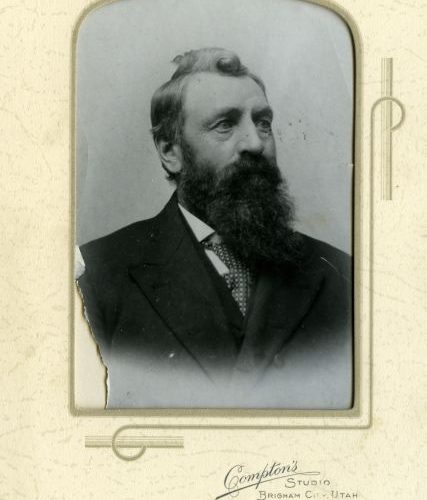 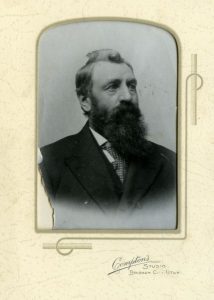 Christian Olsen was born October 3, 1847, in Hilede of Hassres in Jutland, Denmark, to Christen Jensen and Annie Nielson Olsen.

When Christian was four years old, his parents joined the Mormon Church. Because of religious persecution, the family decided to leave Denmark. They set sail for America in January 1854 on the ship Jesse Munns. Upon arrival in New Orleans, they took a river steamer to St. Louis. There was an outbreak of Cholera shortly after their departure, and Christian’s sister Meta and others died.

Many people also died from various illnesses and accidents on the journey to Utah, and the mounds of earth marking their burial left a visible trail not unlike the one ahead of them. The family settled in Brigham City.

One of Christian’s chores as a youth was herding cattle in the fields south of Mantua. On one occasion he saw a band of Indians in the distance, so he hid behind some bushes. A man cutting wood nearby also saw the Indians and tried to escape on horseback. The Indians killed him, then took his scalp as Christian watched.

As an adult, Christian served as County Road Commissioner and County Commissioner. He was also a successful farmer and stockman.
Christian married Mary Carlson on March 28, 1868. They had 10 children. Christian died in 1920.