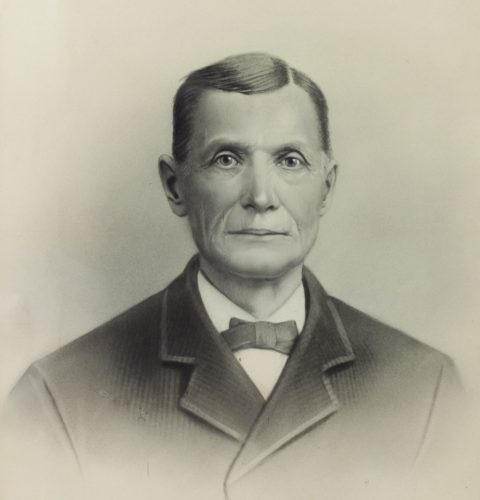 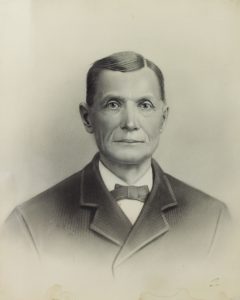 On March 26, 1826, Anton Andersen Janson was born in Galstad, Sweden, to Johann and Ebba Petersdotter Jaenson. In 1844, Anton left home and supported himself as a merchant, a clerk and then a mason. He eventually moved to Denmark where he joined the Mormon church on November 9, 1854.

After fulfilling a church mission on the island of Sjaelland, Anton traveled to Liverpool, England, where he boarded the ship John Bright that would take him to America. It left the harbor on March 22, 1858.

During the voyage, Anton courted Ane Marie (Mary) Palleson while they were washing clothes and bedding and hanging them to dry. While sitting on stools between the laundry, they fell in love and decided to marry when they reached Utah. (Anton also married Hanna Torkelsen in 1867.)

Anton and Mary settled in Brigham City in the fall of 1859. Anton’s skill as a mason was put to use immediately. He did the brickwork on the Court House as well as on the houses for religious leader Lorenzo Snow and other families. Anton also received the contract to construct a woolen mill in 1870. He managed the mill for a number of years. While Anton was superintendent of the masons in the United Order, the Tabernacle was constructed. When a fire gutted the building, it was rebuilt in 13 months. Anton also served as County Treasurer and Mormon bishop in the Third Ward.