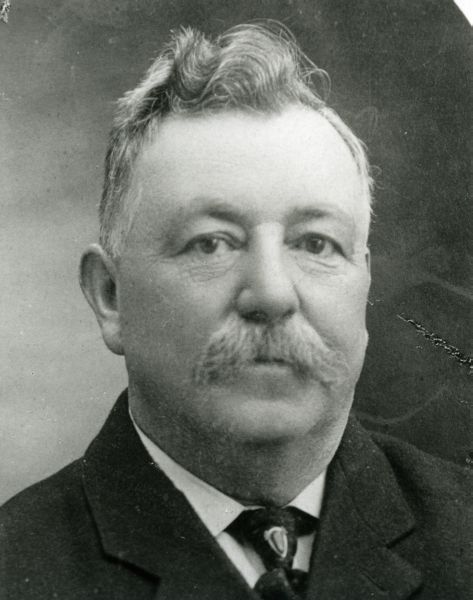 Heber Coleman Boden was inaugurated on the first day of a new century,  Jan. 1, 1900. During his first month, he approved having four special police – one for each of the LDS ward areas. He assigned the Public Grounds and Parks Department to construct a frame for the sexton to place around graves “to prevent gravel from caving in while entering bodies” and approved the installation of a water gate north of the cemetery.

Percy and Floyd Knudson recalled that their father opened a bowling and shooting gallery in the basement of their hardware business. It was perceived by the public to be in the same category as local saloons and pool halls. City officials passed an ordinance prohibiting anyone under 21 to bowl or shoot there. Eventually the bowling alley closed down, and the equipment was moved to Logan.1Percy, Floyd and Chester Knudson, long-time residents, interviewed by John Steward, Utah State University, Feb. 8, 1973. (Editor’s note: possibly https://symprod.lib.usu.edu/uhtbin/cgisirsi/rgQWtIsGuL/MCLIBRARY/302150062/9)

Boden and the city attorney drafted a new ordinance requiring the removal of all pigpens from the center of town.2Brigham City Council Minutes, June 10, 1902.

Born in Madison, Ohio, on December 20, 1817, Loveland joined the Church of Jesus Christ of Latter-day Saints in 1838 and had experiences typical of many early church members and of several Brigham City mayors who...