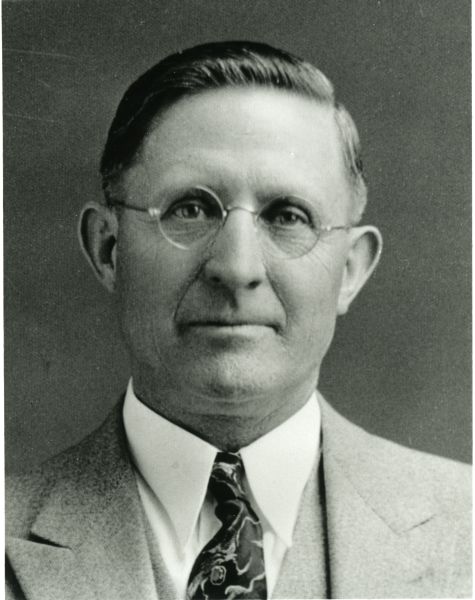 When Mayor Abel S. Rich took office, local businessman J.E. Ryan was campaigning to have a welcome arch installed across Main Street. The Commercial Club sponsored the project and collected donations to finance it. By the time the sign was installed in September 1928, club members had received all but $200 of the $2,400 total cost from citizen donations. The sign was dedicated during that year’s Peach Days celebration.

Early in 1929, DUP members asked that a log cabin built for William and Amelia Knudsen in 1855 be moved to Rees Pioneer Park. City leaders approved the move and chose the new site for the cabin. The mayor also permitted B.C. Call to limit parking in front of his root beer stand to 10 minutes, and signed the following revised ordinance concerning chicken coops: “All such pens and enclosures shall be kept in a clean and sanitary condition and shall not be placed or maintained within 50 feet of any dwelling and shall be 50 feet from the street line.”

As Rich left office he said, “The two years spent as Mayor of Brigham City have been very profitable to me and I hope they have been to each member of the City force, especially to Brigham City and the citizens.”1Brigham City Minutes